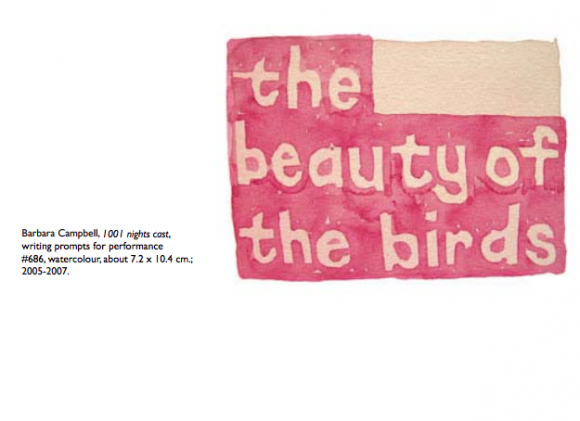 by Varsha Nair
Editorial, published in Issue No. 7 July 2007, in the online journal: Ctrl+P Journal of Contemporary Art

To be in control is to be in charge – to have the ability or authority to manage or direct things. Shift literally speaks of a move, a change in position, direction, and composition or circumstances. For the 7th issue of Ctrl+P and considering the controls and shifts that impact our lives, I invited contributors, artists, authors and curators, to speak about straddling places/teetering on the edge /being caught in-between; from rural to urban; rooted one moment, uprooted the next; between torment and pleasure; between in/out.

To be informed is to be in control, but no matter how well informed we may consider ourselves, there are occurrences, either self-created or driven by the world around us, that result in obvious or subtle shifts, physical and/or psychological. Then, there are the events in life that remain beyond our control altogether; gradually or in a flash of a moment they shift our core-being in a tectonic way and change some things forever.

Negotiating these shifts, big and small, and finding a way of being, is to engage in a process that involves searching, re-learning or gaining new information and knowledge – all essential in providing us the choice to shift position/place/locations in order to maintain a balance, re-gain equilibrium, thus have a measure of control of things in our day-to-day lives. The negotiations – the shiftings – presented here are the personal journeys of individuals and of individuals documenting journeys undertaken by others.

Estelle Cohenny-Vallier’s essay, which stems from her own connection and involvement with stateless individuals, is in the form of an interview of two displaced women living in refugee camps in locations in Thailand. Alice and Rosy in Wanderland highlights what travel means to these women. The first journey they made was a clandestine one when they left home not knowing when, if ever, they could return; the second journey was of officially sanctioned—they were invited to attend a gathering that involved others in a similar situation as themselves. The subtext of the interview presents physical and mental shifts that are forced upon them, an intrusion into their dreams, hopes and way of life itself. The lack of being in control of their own destiny is due to another kind of control, that of the junta from which they escaped and of the authorities of the country in which they have found refuge. Their reality is also one where much is blocked out and where little information is made available, and Cohenny-Vallier deliberately presents the essay with key information blacked out or censored, not only to protect these individuals’ identities but also to highlight their sense of disempowerment, of being “non-persons”.

Author Mona Bur presents a short story that also talks of gaining of official sanction or permission to travel. Finding herself traversing between Cairo and Canada for “a hearing with an immigration judge…a meeting that I had no choice but to attend…a meeting that again resulted in no decision,..” she penned the story that involves friends and family who are either dreaming of leaving or find themselves returning to Cairo, a place that is also home. Thus “Pleasure in life is reduced to this”, encapsulated in and somewhat defined by the small space occupied by a visa stamp in one’s passport.

Barbara Campbell and Karla Sachse present highly personal reflections that they continue to distill having experienced the painful loss of loved ones. Sachse chronicles the last 2 years of her life, years that have been punctuated with the death of colleagues and members of her family, including her partner. She combines this with simple frottages, gathered from rubbing rocks and stones in locations around the world, to “seek out faces.”

The introduction to Barbara Campbell’s 1001 Nights Cast, a web-based durational performance reads, “In a faraway land a gentle man dies. His bride is bereft. She travels across continents looking for reason to keep living…” Embarking on this particular journey triggered by the unexpected death of her partner who was killed in an accident, in what is an open call seeking comfort and healing Campbell invites contributions of stories. Taking a cue from that great compendium of Arabian tales: The 1001 Nights, Campbell sets out to perform and broadcast a story each night for 1001 nights. She provides a prompt each day for storywriters to follow, which is garnered from news stories pertaining to current events in the Middle East. Here, she contributes 3 short texts, 2 of which are edits of scripts of performances already presented and the third, specially written for this issue, in which she shares the poignant nuances of accepting her partner’s passing.

Toeingam Guptabutra’s essay presents stories and statements by HERS, a group of women artists in Bangkok active since 1996. Caught amidst various scenarios, including that of being somewhat marginalized by the local art world, the members of the group have at times struggled to continue as artists. Guptabutra’s essay introduces chronotope to experience the different characteristics of time and space as presented by the artists via their stories.
According to Guptabutra, chronotope literally means time space and author Adania Shibli succinctly draws our attention to both in her essay Out of Time. The space she speaks of can be divided into two distinct physical areas—of being in Palestine, her homeland, and of being outside the country. Here, time, as marked by her watch, defies its precision time-keeping duties and follows its own rhythm as if to comfort her, or comes to a complete standstill and refuses “to count the time that is seized from my life, a time whose only purpose is to humiliate me and send me into despair,” as Shibli traverses the complex and troublesome situation of the every-day reality of life in her homeland.

The Smokey Mountain in Manila and the concrete skeleton of an unfinished building in Bangkok both present man-made situations that result in unsafe, subhuman structures, yet ones within which communities find ways to not only make a living but also to reside in. Marlyne Sahakian’s essay presents a community-based recycling pro- gram at Smokey Mountain, Metro Manila and highlights the work done by one particular cooperative “that collects, sorts and sells trash, but does this in a way that builds on extraordinary core values that take into consideration social and environmental factors in addition to the economic bottom line.”

Jerome Ming tracks the traces left by construction workers and their families who have made their homes in the carpark area of an unfinished building in Bangkok. Spending a considerable amount of time scanning a takraw (a traditional game played with a small rattan ball) court marked out by the squatters for recreation, the background of this now abandoned game is the economic crash of 1997, the recent coup and a failed art project. And, as Ming explains in his accompanying text Unfinished business, “Players have to be extremely agile in competition. This game has a point of completion,” it seems engaging in a nimble game of takraw is when one has absolute control over ones body and mind, and the harmony of well-coordinated movement.

And finally, Liliane Zumkemi’s contribution of the drawing Options On, which led her to develop a performance entitled Brain Control, talks of controls and manipulations within and without ourselves, “the many obvious, forced or hidden choices we face in our daily lives,” and the resulting shifts and adjustments we must make enabling us to find a way of being and to manage and direct the varied facets of our life-journeys.
Varsha Nair, issue editor. Ctrl+Shift, Issue No. 7 July 2007
This and other issues can be downloaded at:
http://www.ctrlp–artjournal.org/uploads/4/2/9/8/42984941/ctrlp_issue7.pdf
Ctrl+P Journal of Contemporary Art was founded in 2006 by Judy Freya Sibayan and Fluadette May V. Datuin as a response to the dearth of art publications in the Philippines. It is produced in Manila and published on the Web
with zero funding. Contributors write gratis for Ctrl+P. It is circulated as a PDF via the Net.
Ctrl+P provides a testing ground for a whole new culture and praxis of publishing that addresses very specifically the difficulties of publishing art writing and criticism in the Philippines. It took part in the Documenta 12 Magazines project,
a journal of 97 journals from all over the world (http://www.documenta12.de/magazine.html?&L=1).
Ctrl+P’s board of editors are Flaudette May V. Datuin, Varsha Nair and Judy Freya Sibayan.